Home Breakup Fair Fighting Rules for Couples to Save Relationship 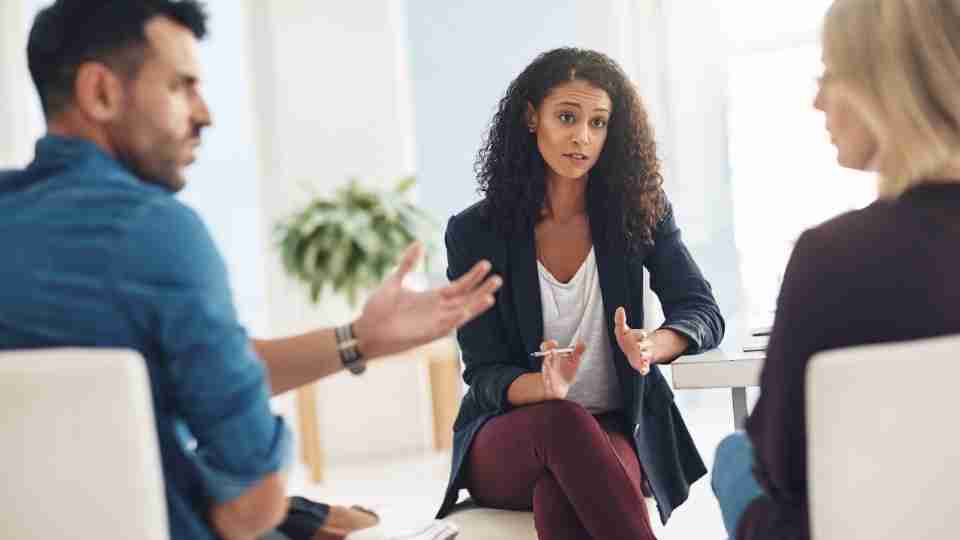 Have you ever been in a situation when you and your partner were yelling and talking over each other without finding any solution? The issue might not have been serious but the argument turned it into one.

However, by following some fair fighting rules, conflicts can actually help us make relationships stronger. Further, it can also improve our understanding of each other.

What is the Fair Fighting Rule?

Fair fighting is the process of resolving conflicts and managing feelings along with it. This requires the understanding of some ground rules in order to manage the disagreements successfully.

In short, the ‘Fair Fighting Rules‘ describe the “rules of engagement” when it comes to disagreements.

Here are 11 fair fighting rules to help you manage arguments with your partner.

The best results by following fair fighting rules can be attained only with two-way communication.

How did you feel? Think about that situation and how your partner feels when you feel the urge to interrupt.

TIP
Before you begin, identify the actual reason. Are you upset because you’re doing most part of the household chores? Or is it something else? Clarify your emotions before getting into an argument.

It is not unusual to get overwhelmed and lash out all the complaints you have with your partner. If you are arguing about dishes then don’t throw in “the kitchen sink”.

This means throwing in all the past grudges you might be having. Take care of your mental health by not bringing in the past.

Yelling is never the solution in fair fighting. This is supported by the 7% rule. Research suggests what you actually say accounts for only 7% of the credibility while your tone accounts for a whopping 38%. Once the yelling starts, you will soon be arguing about arguing!

Make a conscious effort to avoid raising your voice. And if you’re close to the yelling point, take a time-out and come back to the issue after a stipulated time.

Statements like, “I am trying to understand but we have to stop yelling first” can help turn the heat down.

Fair Fighting Rule #4 – Deal with One Issue at a Time

“You shouldn’t be leaving the towel on the floor” can quickly turn into “You don’t care about the house”. This makes the argument more complicated as you have so many issues to deal with.

Proving your “rightness” by pointing out others’ “wrongness” can be tempting. But avoid getting into the vicious circle as this will make the situation critical. You might even forget why you were arguing in the first place!

Nobody can read your mind. So, the silent treatment and expecting the other person to know what you are mad about will rarely work. Good communication can do wonders in fair fighting.

Research shows that people expecting their partners to read their minds feel more neglected. Thus, be open and be honest. This will resolve the issue at hand faster rather than running in circles.

WARNING
Avoid stonewalling and refusing to speak. The best way to resolve a conflict is by taking responsibility and communicating.

Getting personal and “attacking” the other person on areas of sensitivity can leave a scar on the relationship even after the fight is resolved. Remember, you can’t take your words back.

Hence, attack the issue, not the person. Further, accusations lead to self-defense. This will make your partner defensive rather than focusing on problem-solving. Inflicting pain just to prove your point leads nowhere.

Instead of using words like “always” and “never”, get particular about the problem. Present specific examples to your partner so that he/she can understand where you are coming from.

What comes after generalization is the explanation of the exception. You don’t want to inflame the issue but cool it down.

Fair Fighting Rule #8 – Watch out for the Passive-Aggressive Behavior

Be careful about using sentences like “You’ll perhaps not like hearing this but…”, or “I’m just being honest…” or “I don’t mean to criticize you but…”.

We all know what follows after such statements – a whole lot of accusations. This will turn the argument in a war of words and you certainly don’t want it. One of the fair fighting rules is to cut to the point and avoid passive-aggressiveness.

Instead of instigating the blame game of “you came late”, or “you did that”, try using “I” statements. “I do not like when you get angry” or “I feel hurt when you show up late” are good ways to express your emotions.

This makes sure that you are taking responsibility and not just blaming the other person.

Attention is the most important thing you can give to your partner in a heated situation. There are two things that could happen due to your lack of attention.

So, be respectful to your partner and pay the deserved attention.

Lastly, if none of the fair fighting rules works, try to find common ground with your partner. Not every time you will have the same opinions, and that is acceptable.

The important aspect here is understanding the point of view of your partner and acknowledging it. Try initiating statements like, “So, we both agree…”.

Is Fighting in A Relationship Healthy?

If you are in a relationship, conflicts are unavoidable! No two humans have the exact same thinking process and it’s not realistic to expect they will act and behave in identical fashion.

According to relationship experts, fights are inevitable even in the most healthy relationships! Conflicts actually help in bringing you closer.

Yes, relationship conflicts are healthy and quite useful because it helps the couples to understand one another and eventually they develop a stronger bonding! From individuals, the partners grow into teams.

Yes, even healthy couples fight with each other. In the most ideal healthy relationship also the partners are seen to argue and disagree on several matters.

When Are Conflicts Unhealthy?

A healthy fight can bring you closer but there is obviously a limit. And if you or your partner cross that limit it is bound to create dramas and have an awful impact on your relationship.

Here are signs to identify whether your conflicts are now a serious matter.

Red Flags in Relationships and How To Handle Those Professionally

If you have identified one or more of these issues addressed in the previous section it is high time now to take action and solve your relationship woes.

Yes, it is necessary now to visit a marriage and family therapist. Relationships can be reformed even if they have become sour. But you must be willing to act on the advice of the relationship expert.

Maybe you just have to call a timeout and sit together and talk. It could be that your partner just wants to feel heard and creates the dramas to draw your attention.

Before thinking to end your relationship why not give it a second chance? Yes, even the worst marriages can also be restored, romance can be rekindled!

It only takes a small initiative from you. Before wrapping up, a book recommendation from us for couples to save their relationship. Do read The Five Love Languages by Gary Chapman if you are struggling in your marriage or relationship.

Amidst the fighting, do not forget that you and your partner belong to the same team. Conflicts and anger are temporary.

Ultimately, the goal is not to ‘win’ the argument but to resolve the issue with the fair fighting rules. And in the process, strengthen your relationship with your partner and deepen your connection.

Are you interested to know more about ‘The Grass is Greener Where You Water It. Practice It.’ then click here?

Surabhi wakes up every day with a drive to craft words that can create a soulful impact. Creatively adventurous, she is always seeking to learn new skills and acquire new experiences. With a hidden soft corner for languages (especially Urdu), she writes poetry occasionally, binges on romantic shows, and LOVES to talk. A hustler, admirer, chaser, Surabhi is just another-someone who refused to give up on her dreams. She says, she is just somebody who’s trying to make herself a writer and for now, she’s just writing...

Signs of True Love: More Than 30 Ways to Know If Someone Loves You

What Is A Push Pull Relationship? Signs And The Ways To Overcome It

What Is Eye Contact Attraction? Different Types, Signs, and Their Effects

What Women Want From Men: A Comprehensive Guide

Feeling Trapped In a Relationship: Everything You Need to Know

Different Signs That You Need Space In a Relationship

Why People Get Possessive in Relationship and How to Cope With It?

What is Sacrificial Love and Why it is Important in a Relationship?

How to Keep a Guy Interested: 50+ Ways to Make Him Fall for You

PRESS ESC TO CLOSE
We use cookies in order to give you the best possible experience on our website. By continuing to use this site, you agree to our use of cookies.